Malala, Imran Khan featured in World’s Most Admired people of 2018

Malala, Imran Khan featured in World’s Most Admired people of 2018

Malala Yousafzai and Imran Khan have made it to a list of the World’s Most Admired People of 2018.

The Nobel Prize laureate and PTI chairman made it to top 20 of the men and women lists, according to an annual study compiled by YouGov.

The list includes 20 men and 20 women, chosen as a result of online interviews in which more than 37,000 people from 35 countries participated. 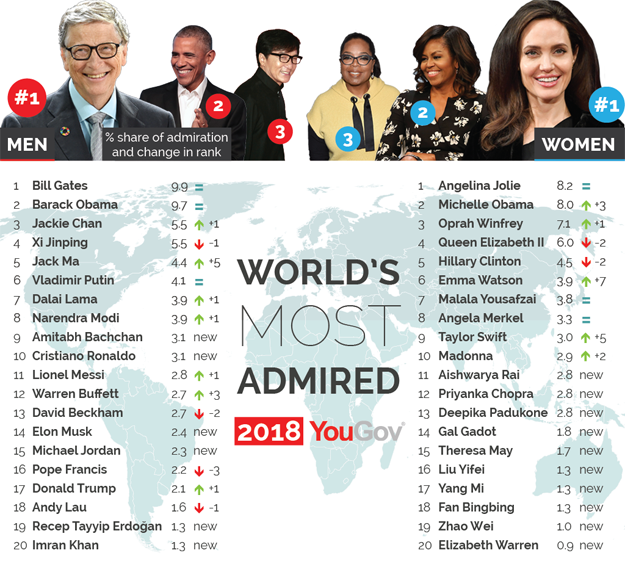 Bollywood actors such as Aishwarya Rai-Bachchan, Priyanka Chopra and Deepika Padukone were among those featured. Emma Watson and Gal Gadot and singers Taylor Swift and Madonna, were also in top 20.

Indian PM Narendra Modi was amongst other politicians featured, as were US President Donald Trump and Turkish President Recep Erdogan.