The report against the party chairman published on April 22 is utterly false, the party said in a statement. Several baseless allegations have been made regarding the personal and marital life of Imran Khan.

The ill-intended newspaper made no effort to verify its claim with Imran Khan or the party before publishing it, the document further read. “The filing of malicious news report targeting the integrity of Imran Khan and his family is a clear attempt to scandalise the personal life of our party chief before the upcoming general elections,” it stated. 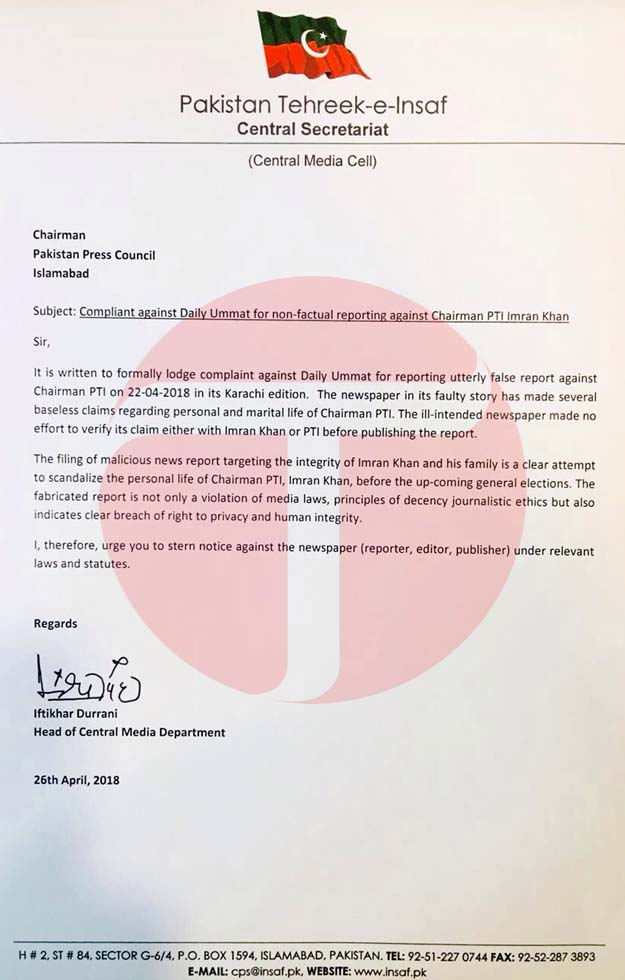 The Daily Ummat report claimed Maneka left the residence following differences over the extended stay of her son at the residence. The publication also claimed Khan’s sisters were not too happy on account of his third marriage. They were also actively involved in revamping the property, the report added.